Donate to our partners

UCSF Benioff Children’s Hospital San Francisco is a world leader in health care, renowned for its innovation, technology and compassionate care. Today, it is one of the top children’s hospitals in the nation. Their expertise covers virtually all pediatric conditions, including cancer, heart disease, neurological disorders, organ transplants and orthopedics as well care of critically ill newborns.

The V Foundation for Cancer Research was founded by ESPN and legendary basketball coach Jim Valvano with one goal in mind: to achieve victory over cancer. Since its start in 1993, the V Foundation has awarded over $200 million in cancer research grants nationwide and has grown to become one of the premier supporters of cutting-edge cancer research funds.

In early spring of 2016, Kristen and Buster announced their plans to make pediatric cancer the focus of their philanthropy, launching …

About Buster and Kristen

Gerald Dempsey “Buster” Posey III was born in Leesburg, Georgia. Posey, the oldest of four children. His nickname, “Buster,” came from his father’s childhood nickname. Kristen also hails from Leesburg, where she and Buster met while taking the SATs in high school. They were married in 2009 in Leesburg. Kristen and Buster welcomed twins Lee Dempsey Posey and Addison Lynn Posey, who were born in 2011. The Poseys adopted twin baby girls, Ada and Livvi, in 2020. Kristen and Buster and their four kids make their home in the Bay Area.

It was a $650K at-bat for San Francisco Giants catcher Buster Posey recently at AT&T Park where he and his wife, Kristen Posey, hosted their second BP28 gala. Under the auspices of the Buster and Kristen Posey Fund, the couple are fighting a battle against pediatric cancer — and their on-field and Club Level fete benefited the Children’s Cancer Fund at UCSF Benioff Children’s Hospitals…

Most people know Buster Posey as the famous catcher for the San Francisco Giants. At just 30 years old, he’s already won three World Series over his career, which began with him earning Rookie of the Year in 2010. He has been an All-Star five times and was named National League MVP in 2012. But what many people don’t know about Posey is that he is also on a mission to help kids with cancer…

SAN FRANCISCO — Touched by what he was seeing in front of him, Dick Vitale leaned over and whispered into Buster Posey’s ear in the playroom of the UCSF Benioff Children’s Hospital Tuesday morning. Dozens of children with cancer and their parents crowded into the room to meet the San Francisco Giants catcher. And a woman in front of Vitale and Posey was hugging her baby while tears streamed down her face…

They’re known as Buster hugs, typically dispensed after the Giants win a World Series or throw a no-hitter. On such occasions, catcher Buster Posey races joyously to the mound and wraps his arms around the pitcher, just about squeezing the air out of the poor fellow …

Becoming a Father Has Turned Buster Posey into a Cancer Fighter

Something changes in a man when he becomes a parent. Heck, maybe everything changes. Priorities get rearranged. Selfishness vanishes. And emotions he doesn’t know even existed show themselves. And, particularly in the case of Buster Posey, the star catcher of the San Francisco Giants, purpose becomes more clear. “It’s perspective,” Posey told Yahoo Sports this week. “Until you have kids, it’s hard to understand the love you can have for a child.” …

Giants catcher Buster Posey and his wife, Kristen, are joining the fight against pediatric cancer. The Poseys plan to help raise money and awareness for pediatric cancer research and will appear together at a Wednesday news conference at AT&T Park to announce the focus of their philanthropic efforts…

Buster’s Achievements on the Field

Buster is one of the most decorated players in the history of baseball – just the second player ever to have won Rookie of the Year, Most Valuable Player and three World Series rings.

This success comes as little surprise; Buster has been a superstar since he was a teenager. At Lee County High School in Georgia, he played for the USA Junior Olympic team and was state Player of the Year and an All-American. At Florida State University, he was consensus National Player of the Year, an Academic All-American and signed for the largest bonus in draft history.

He was the 2009 Topps Minor League Player of the Year, and a year later earned National League Rookie of the Year honors while helping the Giants win the World Series. The progression has not stopped, as he led San Francisco to two more championships in 2012 and 2014 and in 2012 won the National League Most Valuable Player Award, which had not gone to a catcher in 40 years.

Northern Californians have adopted Buster as one of their own, as he led the Giants to 3-World Series Championships – he is the longest tenured Giant, and not only the face of the Giants franchise but one of the faces of MLB.

“You’ve got to say he’s a rare example of any phenom that stands up and does the job. He throws well. Calls the game. He’s got it all.”

Rookie of the Year

It is what he and Kristen are accomplishing off the field that is having a significant impact on the many children and families. Buster and Kristen have raised over $4 million since 2016, catalyzing others to support this work. 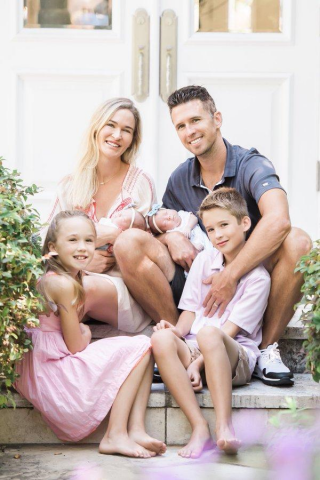 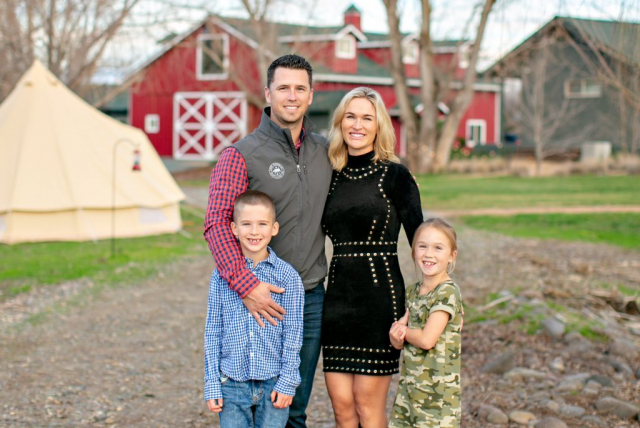 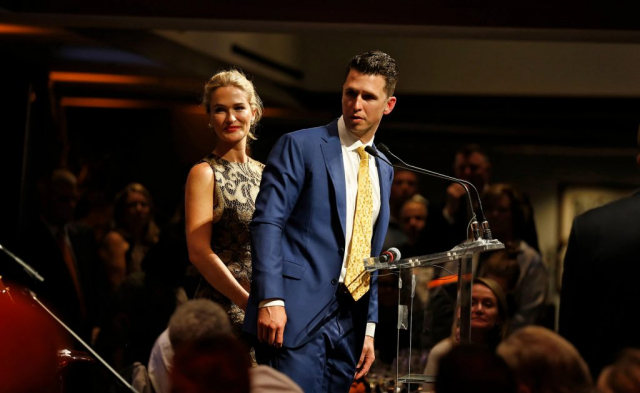 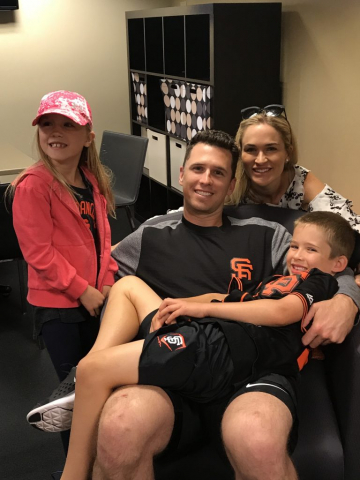 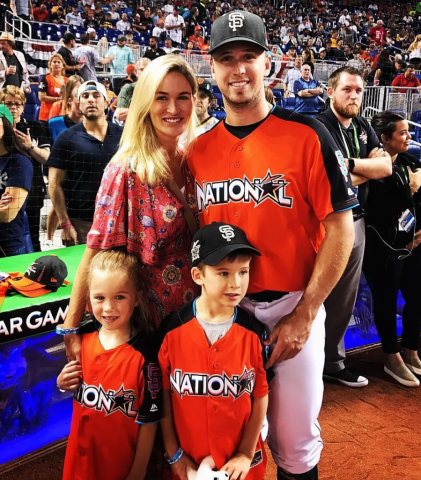 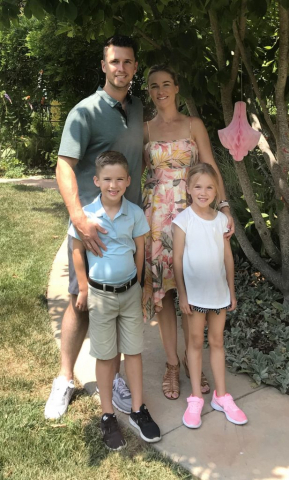 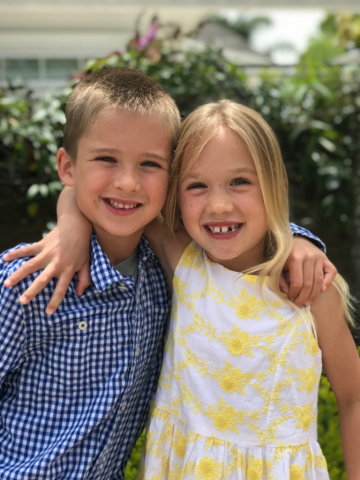 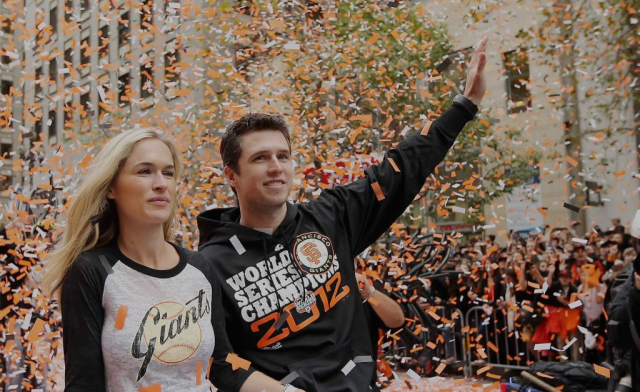 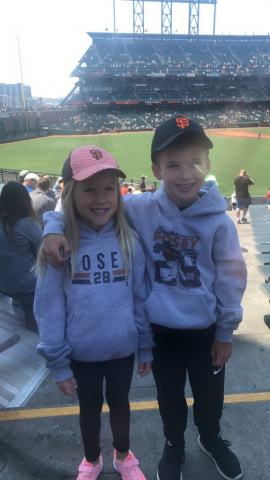